Now we will take a look at some gameplay of Siege in many of the monthly finals that had taken place over the course of the year. 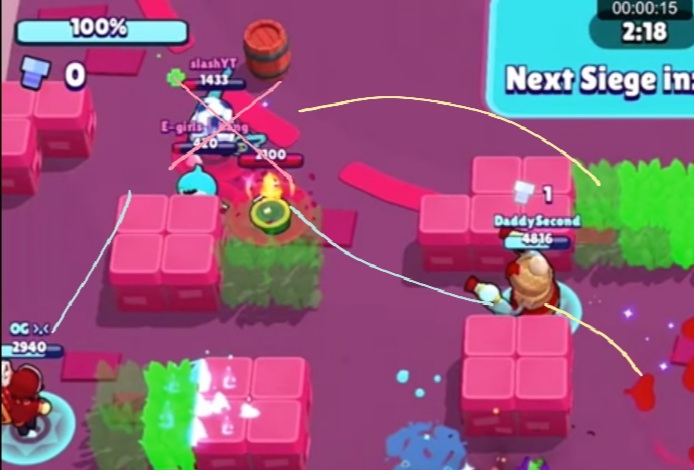 Here, both Second and OG did not take advantage of slash and kang being low. It is crucial that you take advantage of any weak brawler(s). They had a chance to double team, and allow the max on their side to walk in and maintain mid. Instead, Second fell back and allowed slash to recover back to decent health, which as a result, lead to slash killing off second.

Max makes a big mistake by using her super. OG had just died by underestimating the damage output of Darryl being played by Slash, as seen by the X. Intending to regain control by using super, this will not work in anyway as this is a 3v2 interaction. They have all the time in the world being 1 bolt behind. But being uneccersarily aggro will cost them the game.

This is another example of going aggressive at the wrong time. Darryl, for some reason, decides to roll in on Kang and slash. However, he has no support around him as OG has just spawned, and is certain to die and lose the sense of building area control.

It's a tie for Siege, changes the aspect of the game and gives IX Gaming the time needed to regain control of mid. 45 seconds is more than enough time. However, once again, Max goes way too aggro onto Kang and ends up dying, forfieting positional advantage. With them constantly interacting in a 3v2 situation, the chances of winning are now in jepoardy. 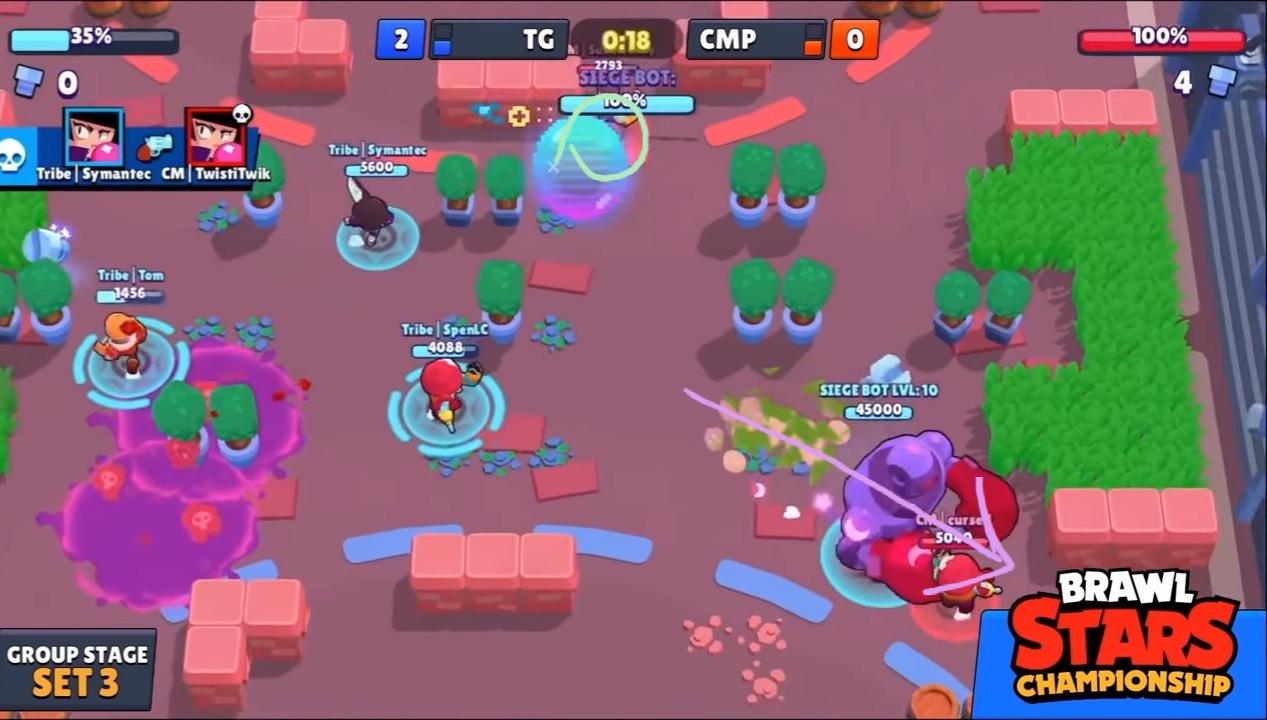 This exemplifies the skill that codemagic have within their team. Cursed uses his super to pull the bot to it's earliest point on the edge of the semi-circle, delaying it as much as possible. Cursed suicides and then sunbently drops of his sticky syrup, slowing down the bot even more. However, the bot does eventually come in contact with the IKE, but by then all of tribe have been killed off, emphasising you cannot output significant damage by purely just having a bot. 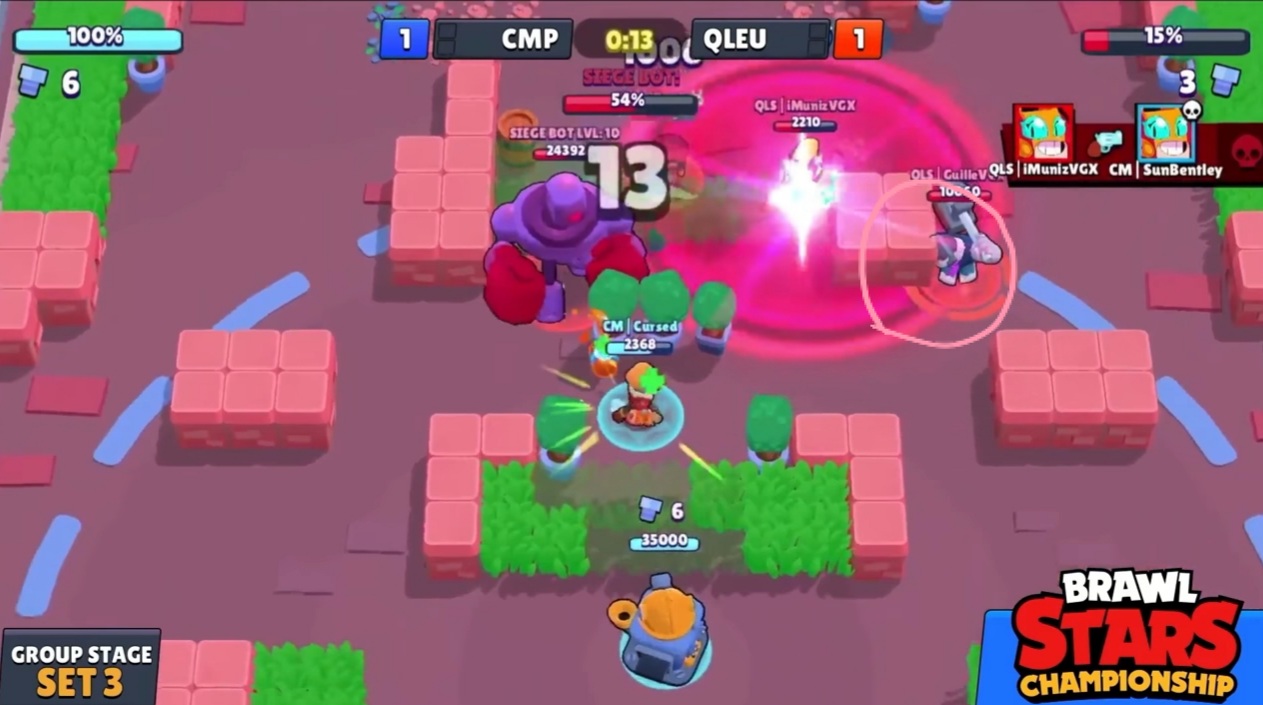 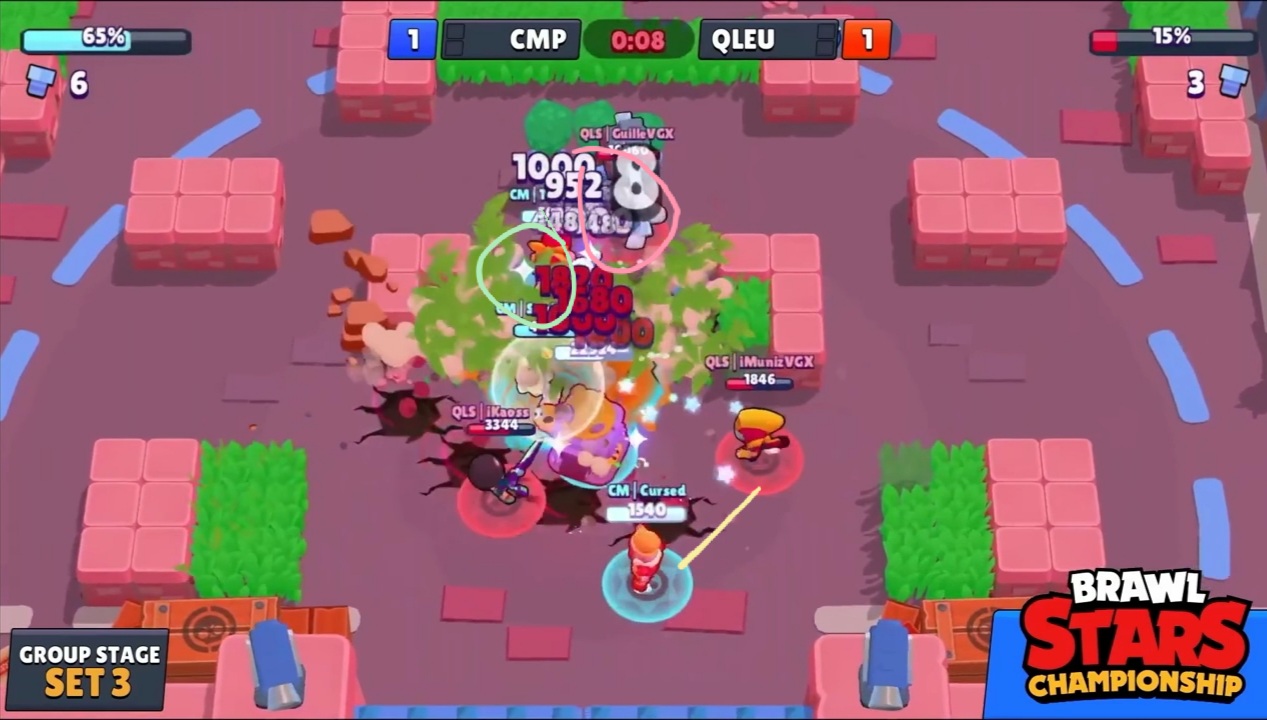 One of the most cleverest plays made by QLASH. Guille keeps super for a prolonged amount of time, in order to save it for their last push in an attempt to win the game, with the odds stacked against them. Alot seems to be going on in this image. Firstly, Guille cleverly waits until Pam has come out of immunity, because if he was to already use his super, it will be too lackluster with him unable to recycle. In order to constantly stun the IKE. This gives them an incredible advantage in ploughing down the IKE as much as they can. In the end, with an insane amount of Frank chaining supers, they manage to win by just 1%.

Lesson learned: Siege is never over till the timer runs out, or until you finish their IKE completely.